I Ride For the Fun Times with Friends 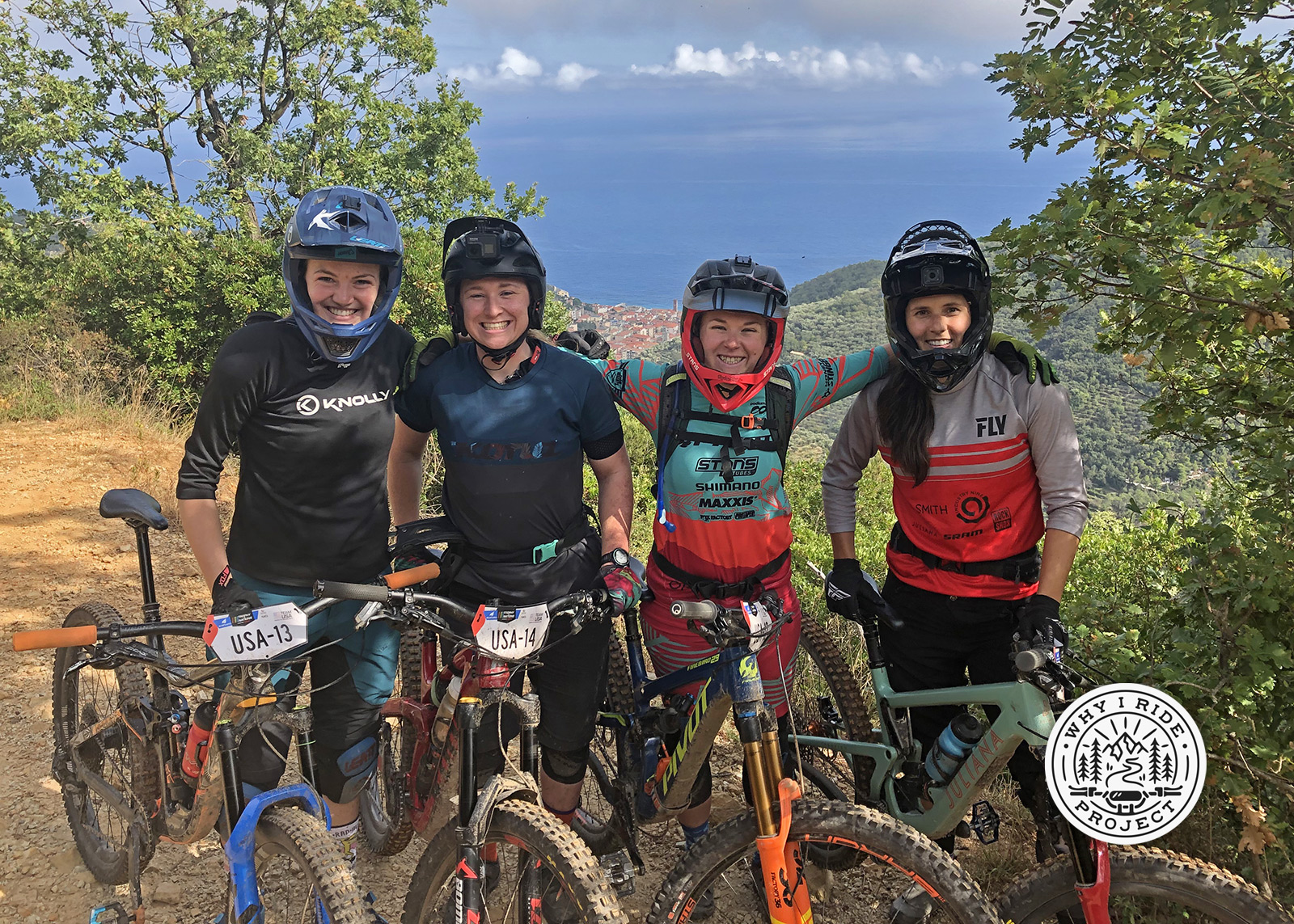 For the Fun Times with Friends

Why I Ride Stories

For Porsha Murdock, the sport of mountain biking came later in life. “I learned to ride in 2012,” she recalls. “Having grown up in California, you would think I would’ve done something like mountain biking, but I didn’t.” Instead, she played soccer as a kid and tennis as a teen. After high school, she met her future husband, Dylan Murdock, who was in California for school and offroad dirt bike racing. It wasn’t until after she met Dylan that Porsha discovered mountain biking.

Not long after meeting, the couple moved from California to Texas after Dylan landed a job there. It was here that Porsha discovered the sport of mountain biking. “Dylan would always tell me to get into a sport where it’s a small group of people, and you have a common connection, something less mainstream.” Already a recreational runner, she wanted to find an activity that would allow her to connect with other people and make friends, not necessarily a sport to pursue at a high level. Although she already had a solid group of running friends, she wanted something else she could do with Dylan.

That shared interest became mountain biking. “At that time, I was running and had great friends, but there was no way Dylan and I would be running buddies, and I think that was the thing I wanted most: something we could connect and relate on, as well as have the opportunity to make friends.” Despite learning from a seasoned rider, the sport still wasn’t an instant hit for Porsha. “I actually hated mountain biking at first, but I wanted something for us to do together,” she recalls. “Dylan has been riding two wheels longer than I’ve been alive, so at first, it was super frustrating for me. He was out there jibbing off everything and making it look so easy. I usually pick things up pretty quickly, but mountain biking was a different story. So, whenever we would ride together, there were lots of tears because I was so frustrated. I’m so thankful he was patient because I couldn’t imagine our lives without being able to ride together.”

Porsha persevered, and one of the reasons she attributes is the beginner-friendly trails in North Texas. “We lived really close to Erwin Park, which is an eight-mile loop, fairly flat that had some rocks and some roots and made you conscious of tire placement.” With a solid fitness base, the less intimidating Texas trails helped Porsha hone her technical abilities enough that she decided to sign up for her first cross-country MTB race not long after. “Dylan always had a lot of patience helping me get better. He’d always been into sessioning sections of trails, so that helped a lot with progression.” She quickly realized that she wasn’t bad at mountain biking, just new to it and many of the other women in her class were at a similar level. She fit in and started to really focus on getting better. Eight-mile rides turned into 16-mile rides, and she built up from there.

After attending a cross-country mountain bike event in California, Porsha entered her first mountain bike enduro race. After that, she decided to extend her stay on the west coast and traveled to Bend, Oregon, where she stayed with Dylan’s parents while racing the Oregon Enduro Series and Big Mountain Enduro Series. Once the season ended, they decided to sell their house in Texas and move to Bend full-time, where they’ve been ever since. Honing her skills on the trails and in the mountains around Bend, by the end of 2016, Porsha Murdock was the North American Enduro Tour Women’s Champion. She had found the niche sport she’d been looking for all along. She was hooked.

Trophy of Nations in Italy

Porsha went on to win the North American Enduro Cup in 2018 and the USAC Enduro Women’s National Championship that same year. In 2019, she was chosen to be part of the Women’s Team representing the USA at the UCI Trophy of Nations in Italy. During the trip, one of her fondest memories was when she joined fellow racers on a shuttle to run some fun laps before practice officially started. After a 45-minute drive up a narrow winding road, they were dropped at a retired NATO base. It had been raining off and on, so the dirt was perfect, and the trails were high-speed flowy fun.

At lunch, the shuttle driver took them to a restaurant on the hillside where grapevines were growing over the entire outdoor seating area that overlooked the mountain they had just ridden down. The restaurant staff started to deliver all the pasta, polenta, and delicious Italian food they could eat. Followed by more laps and ending with gelato and a swim in the sea. “The whole experience was something that makes me proud of how far I’ve come and how unexpected life can be,” recalls Porsha. “When I was in school, I thought I was going to become a physical therapist, not be racing bikes in Italy. It’s wild to think about.”

From her humble beginnings in 2012, Porsha Murdock’s transformation to professional MTB Enduro racer has been extraordinary. As a result of mountain biking, she’s become more confident in her ability, despite occasionally having to rebuild mentally after an injury, a bad race, or a bad year. The sport of mountain biking has given her confidence and a sense of community, camaraderie, and belonging that she’d been looking for all along. And because of mountain biking, she’s gained the confidence to suit-up and ride a dirt bike with her husband, Dylan. “While I’m better at human-powered bikes, I do like riding engine driven too,” she shares. “I go much faster downhill on a mountain bike, but I really enjoy going uphill on a dirt bike.”

For the Fun Times with Friends and Family

What started as a hobby for Porsha Murdock, to connect and relate more to her husband, has since morphed into a passion. Bikes make her happy. She loves helping other riders elevate their ability and stoke level. She loves the competitive aspect — those days when her lungs are still bleeding after a difficult race — but it was worth it to stand on the podium. More than anything, Porsha Murdock loves to ride mountain bikes because of the tight-knit community that’s become her extended family. Whether she’s popping wheelies, roosting corners, or dirt surfing with her husband; riding in Italy among vineyards by the sea, enjoying pasta, polenta, and gelato afterward; or whether she’s gathered around a campfire with good friends after a day of riding in Moab, Porsha Murdock rides for the fun times with friends and family.

There’s nothing quite like bench racing, beverages, and a warm campfire after a day in the saddle — no matter if it’s engine or human-powered. Introducing our first Why I Ride merchandise design inspired by mountain bike racer Porsha Murdock and the reasons she loves to ride. Let the world know you’re a part of the two-wheel tribe with the Fun Times with Friends Merchandise Collection. 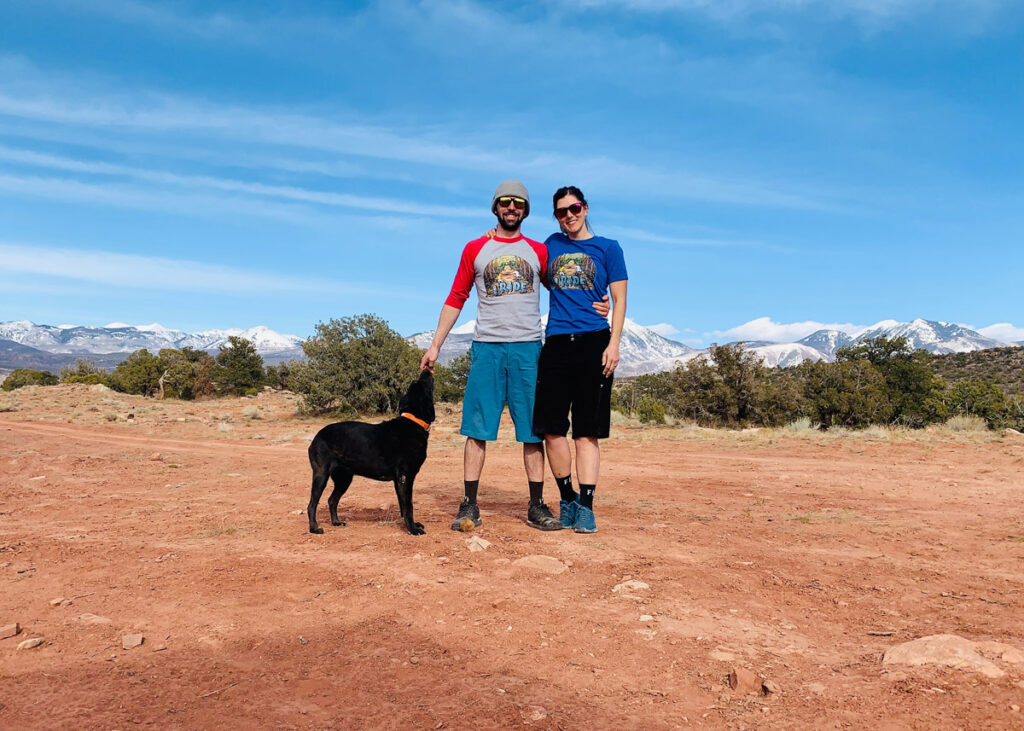 Tell Us Why You Ride

The Why I Ride Project draws inspiration from a love of all things two-wheels with the intent to share the stories and infinitely relatable reasons why others love to ride. Have a story you want to share?

Tell us why you love to ride