When we announced on Episode 67 that FLY Racing was giving away their new Three.4 helmet to a lucky fan by means of tweets on Twitter, we received some great responses. We extended the deadline to today to make sure those that might have caught the show after the live event a chance to throw their tweets into the mix. Receiving numerous more tweets, we knew there were some great fans out there that wanted to represent Seat Time and FLY Racing, so Dale decided to round out the podium by giving away their Kinetic Inversion helmet as well to the two Runners-Up.

Thanks to FLY Racing and their support of Seat Time and the riders that support our Industry. Have a safe Holidays and we’ll see you next year!

Here is your winner: John Crubaugh 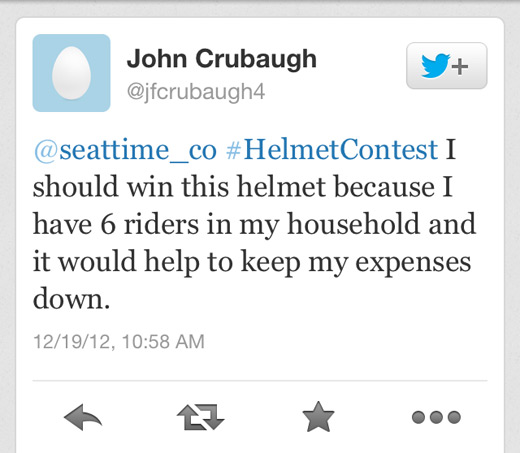 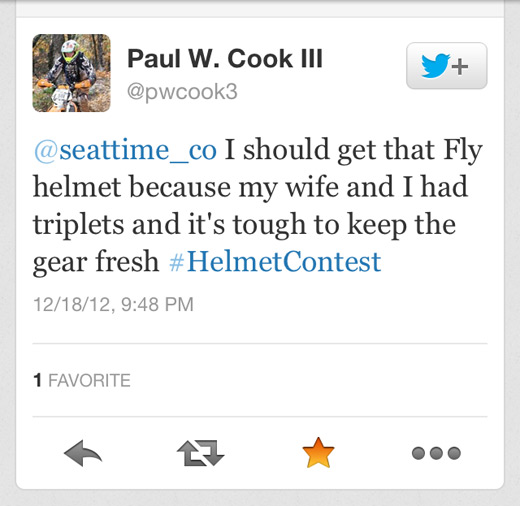 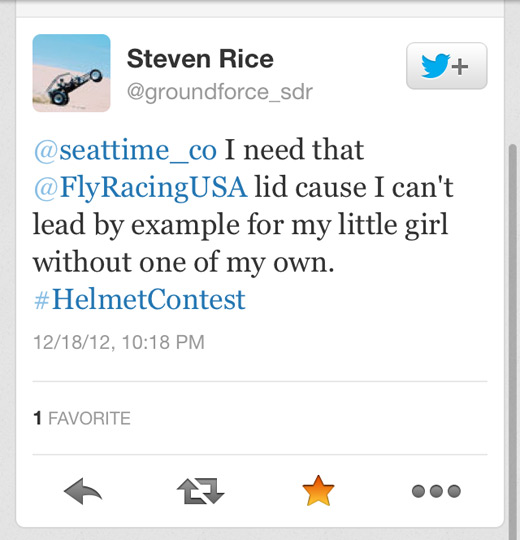