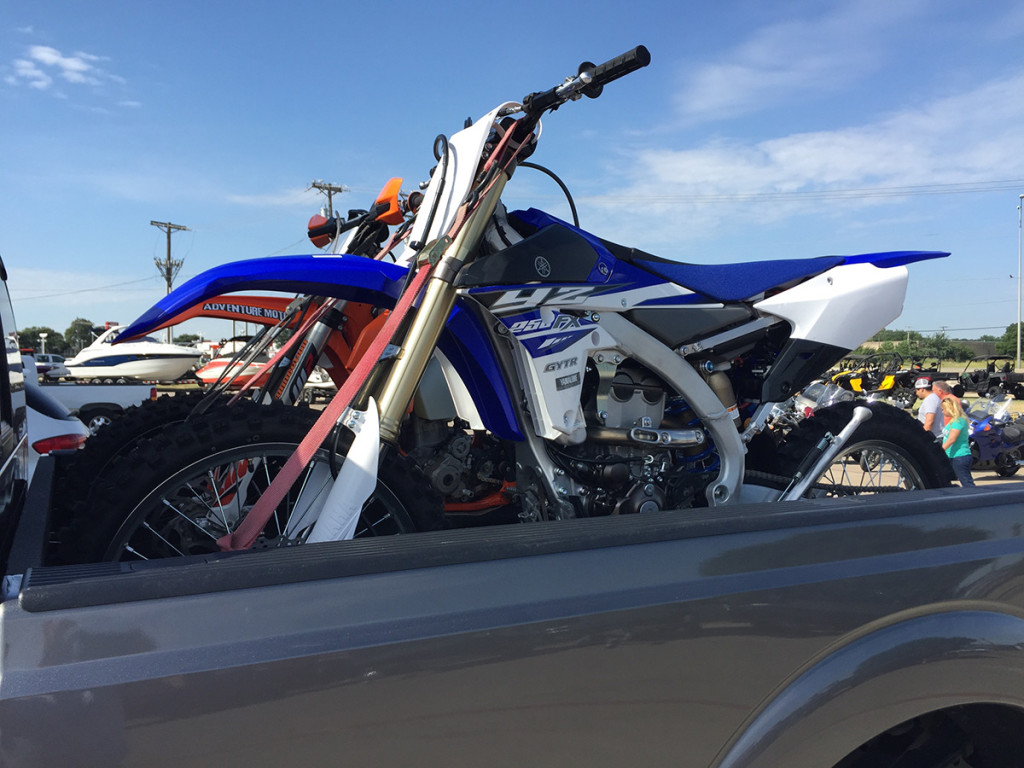 We have received a lot of views on our 250F comparison video and on the recent blog written by Hunter Neuwirth. We wanted to bring you more content covering the difference and switching between the KTM 250XC-F & the Yamaha YZ250FX. Big thanks to David Powell for taking the time to write his thoughts down for us.

I have bled orange racing KTM bikes since 2008, as KTM was really the only manufacture catering to the off-road type racer. I’ve owned the KTM 300 XC-W, 250 XC, and several 250 XC-F’s. In 2015, Yamaha finally took a chance to market a bike to the off-road racer and released the YZ250FX. This bike was made to compete with the KTM XC line and includes electric start, 18” rear wheel, o-ring chain, wide-ratio gearing, off-road suspension tuning and a kickstand.

So in August 2015, after little debate, I decided to pull the trigger and buy a new Yamaha YZ250FX so I could see for myself if it could compete with my 2015 KTM 250XC-F. I thought that if Yamaha was willing to take the time and effort to make a Hare-Scramble type of race bike, that I as a consumer had a responsibility to buy one and check it out. It’s good to have choices and after all, we only know what good is by what we have ridden and may be missing out on something better.

Motor: The KTM definitely has more noticeable power than the FX, especially on the top end. The FX flat lines and falls off much quicker on the top end where the KTM just seems to pull forever. However the power delivery from the FX in lower end is very comfortable and controllable.

Clutch: The FX has a standard cable actuated clutch where the KTM has the hydraulic clutch. However the FX clutch pull is still easier than the KTM. The KTM hydraulic clutch has more precise control mostly noticeable while loading the bike in the truck. On the track, I don’t really notice any major differences.

Brakes: The KTM out-brakes the FX without a doubt. KTM has always had great braking ability. The FX brakes however do the job and do it well. In fact, I find that the KTM brakes sometimes work too well and can get you in trouble. 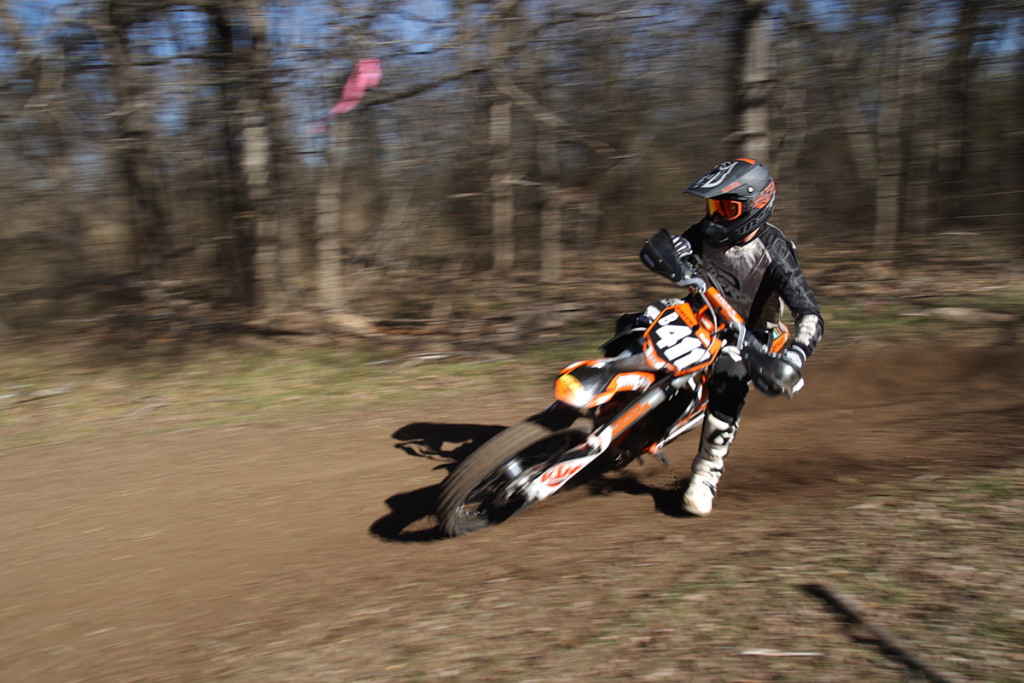 Frame Geometry: The wheelbase on the FX is approximately one-inch shorter than my KTM. The KTM has a steel frame and the FX has an aluminum frame. The KTM center-of-gravity sits much higher than the FX. The FX has the rearward slanted motor and the gas tank is under the seat. My KTM’s were always prone to headshake so I have always had to run a steering dampener. The FX is not and I haven’t had to install one after over six races. 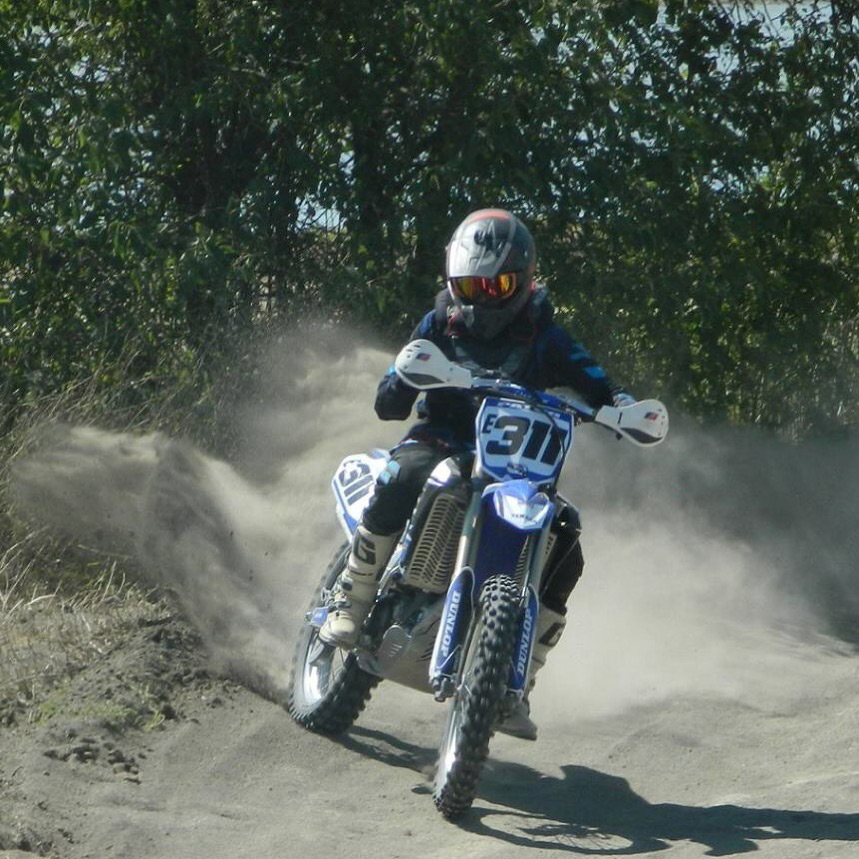 Suspension: This is where the FX really shines. Without a doubt, the KYB SSS suspension is clearly the winner. I changed the springs on the FX for my weight and it is perfect. My KTM’s have always required sending the suspension off for a re-valve job and still none of them have been as good as the FX stock!

Electric Start: Both bikes have electric start and both work great. No real comparison notes in this area.

Kick Stand: Both bikes have kickstands and both do their job. It seems the spring on the FX could be a little stronger and the FX does not have the safety band the KTM does to hold the kickstand up. However I haven’t had any issues to date with the FX kickstand not staying in the up position.

Air Filter: The air filter on the FX is where the fuel tank is on the KTM. The air filter for the KTM is under the seat. The KTM air filter is much larger than the FX. However, since the FX air filter is higher and farther forward, it does not suck as much dust stirred up from the front wheel and will be much less prone to suck in water on those deep-water crossings. Both are easy to access and neither requires any tools.

Skid-Plate: Neither the KTM or FX come with a factory skid-plate. The FX comes with mounting tabs that are already welded on the frame for installing the skid-plate and the KTM does not. The KTM uses clamps that wrap around the steel frame tubes to mount the skid-plate. As a result, the FX skid-plate is more secure and easier to install and remove and does not scar up the frame.

Fuel Consumption: The KTM has a three-gallon fuel tank; the FX has a two-gallon fuel tank. I was really concerned about this when I first bought the FX. The location of the fuel cap and the lack of visibility of the tank would make pitting on the FX very time consuming. However the FX does amazingly we¬¬¬ll on fuel consumption. In six races, all approximately forty miles long ranging from 2 hours to 2.5 hours on a varying range of track conditions and I have never used more than 1.3 gallons of fuel. The fuel consumption on the FX is truly amazing.

For me, the clear winner is the FX. The combination of the frame geometry, suspension and power delivery has increased my corner speed by a huge amount. The FX turns much better than the KTM and the power delivery is smooth and controllable. In my opinion, the suspension on the FX can’t even be compared to the KTM. The KYB SSS suspension is perfect out-of-the box. However when riding the bikes, I feel like I am faster on the KTM but the clock and my race results on the FX tell a completely different story. 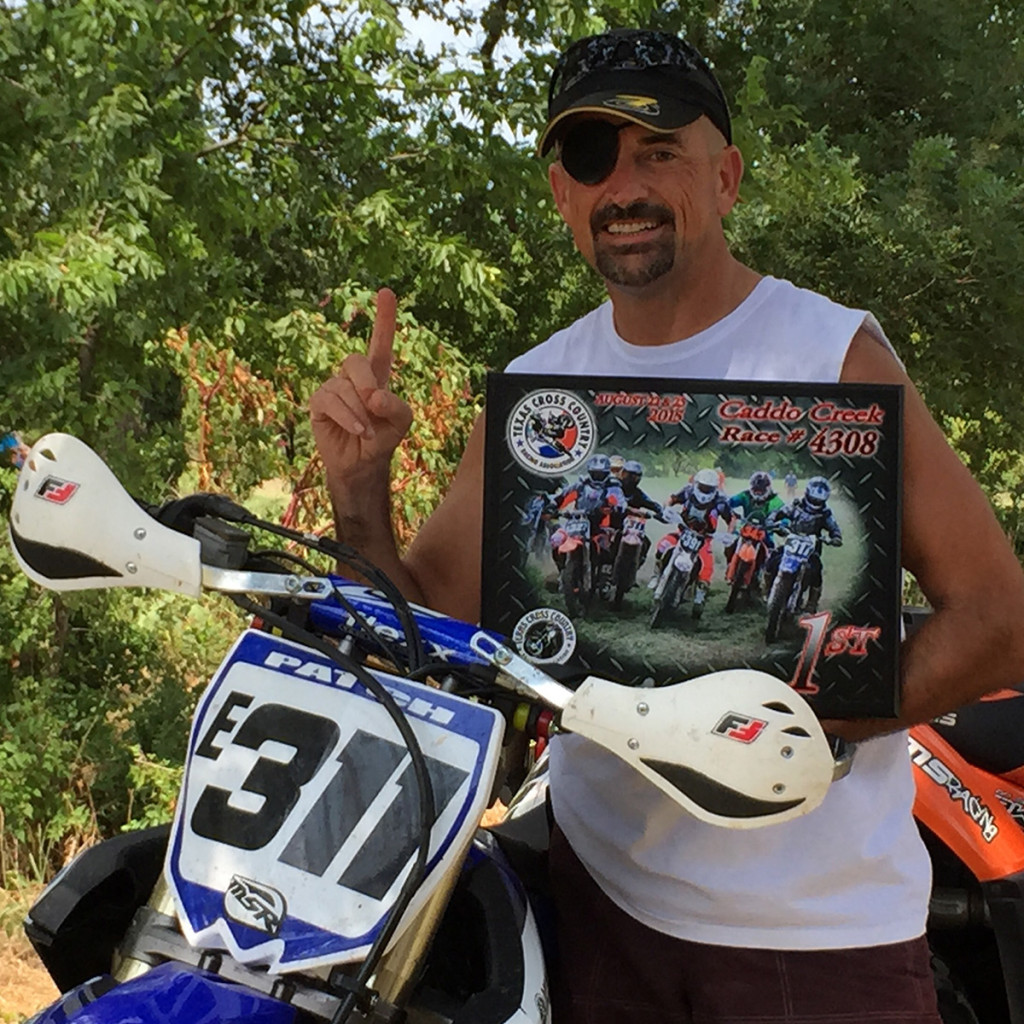