This week we had the pleasure of chatting it up with Ryan Morais. He has had a very interesting past 11 months, which brought him from the hospital to Team Manager of the Star Racing Yamaha Team.

At round three of the 2012 Supercross Season, Ryan Morais landed on Trey Canard. Both riders had their own injuries to deal with, and Ryan’s injuries were so bad that he had to have his jaw wired shut to help it heal correctly. Through his recovery, there were three jaw surgeries and multiple smoothies.

Once he got back on the bike and started to make his return to racing, then Manager Doug Schopinsky parted ways with the team and Morais was offered the position to finish out the Outdoors Season. He has stayed on as Team Manager for 2013 and is looking for his riders, Kyle Cunningham (West Coast) and Jeremy Martin (East Coast), to make a statement during their respective 250SX Seasons.

Almost 30, Ryan Morais is in a great position to help his team and riders grow and gain podium positions. The Star Racing Yamaha Team is Factory Supported and are looking to even the playing field with teams like Pro Circuit and Geico Honda.

Thanx to Ryan Morais for his time and remember to always enjoy a Pint Full of Awesome!

Listen to this Interview on Stitcher. 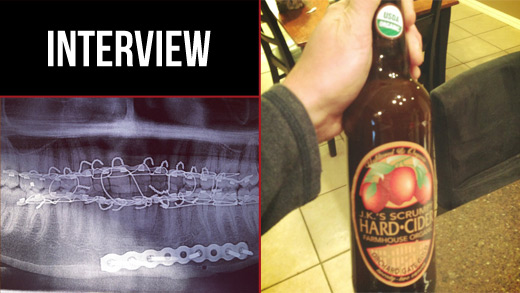