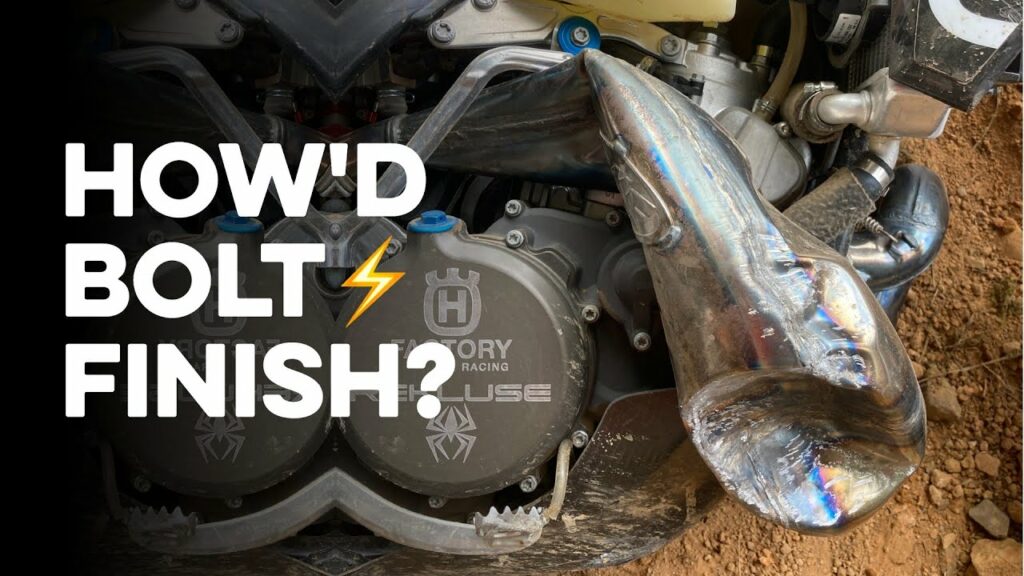 Billy Bolt edged out Manuel Lettenbichler by 2 seconds at the end of a long day of knockout racing to win the 2021 Red Bull Tennessee Knockout. Though it all came down to the final race on the day, the Hard Enduro World Championship racers had many hard enduro obstacles (including media) to conquer before retreating to their ice baths.

The rocky and rooty course at the Trials Training Center has been dry the past few years, and that trend continued for 2021. The dry conditions, and intensity brought by the European racers, kept the pace of the TKO motos faster than we’ve seen in years past. Trystan Hart did his best to keep Billy Bolt and Manuel Lettenbichler in his sights to end up third on the podium. Bolt and Lettenbichler swapped the lead in the final moto due to both racers making quick mistakes. Bolt somehow kept his Husqvarna two stroke running, despite a smashed two stroke pipe, to beat Lettenbichler to the checked flag.

Hopefully the FIM Hard Enduro World Championship keeps the Red Bull Tennessee Knockout as a points paying event. The racing was great for the American hard enduro fans, and the level of Bolt, Lettenbichler and Young will only push the American racers to another level.

If you enjoyed this content, buy us a coffee to keep the stoke going!!