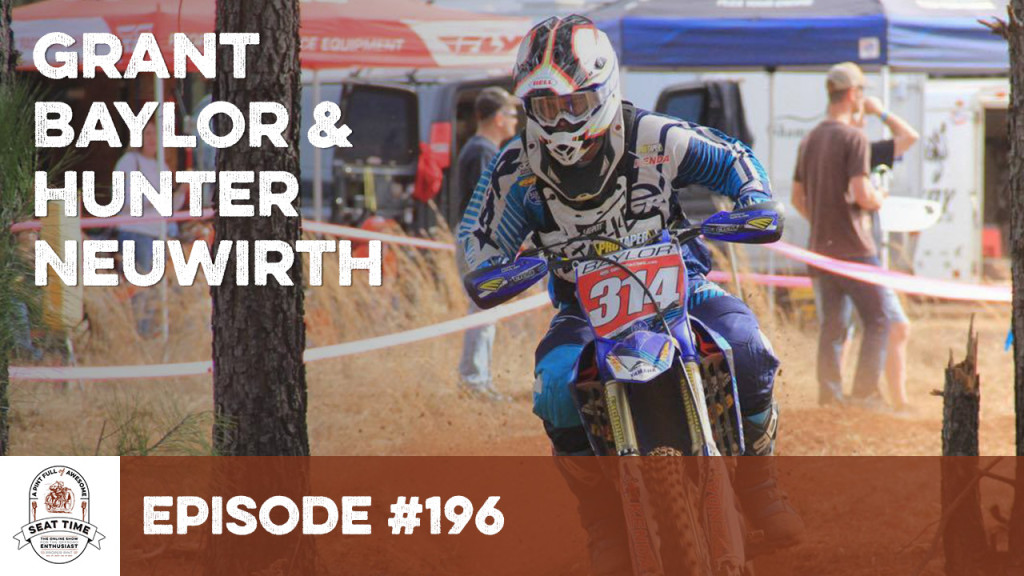 Grant Baylor, winner of the opening round of the 2016 National Enduro Sumter Enduro, joined Brian Pierce and Hunter Neuwirth for Episode 196 of Seat Time.

Grant Baylor, and the entire AmPro Yamaha offroad team, is racing the brand new YZ450FX and new YZ250FX for 2016. The bikes have already been on the podium a few times since there introduction and since the team has been racing the machines. Baylor had great things to say about how the bike allowed him to ride smooth to place himself on the Sumter Enduro podium, though typically he doesn’t do well at the event. Now it’s time to train and ride as we head south for the GNCC opener in Florida March 5th-6th.

Hunter Neuwirth is a JDay Rippa who is now living in Texas, training with Mark Weeks of NTX Off-Road, to take on his first GNCC season in the XC2 class. He’s also an Extreme Enduro veteran, looking for his second attempt at the Erzberg Enduro this coming May.