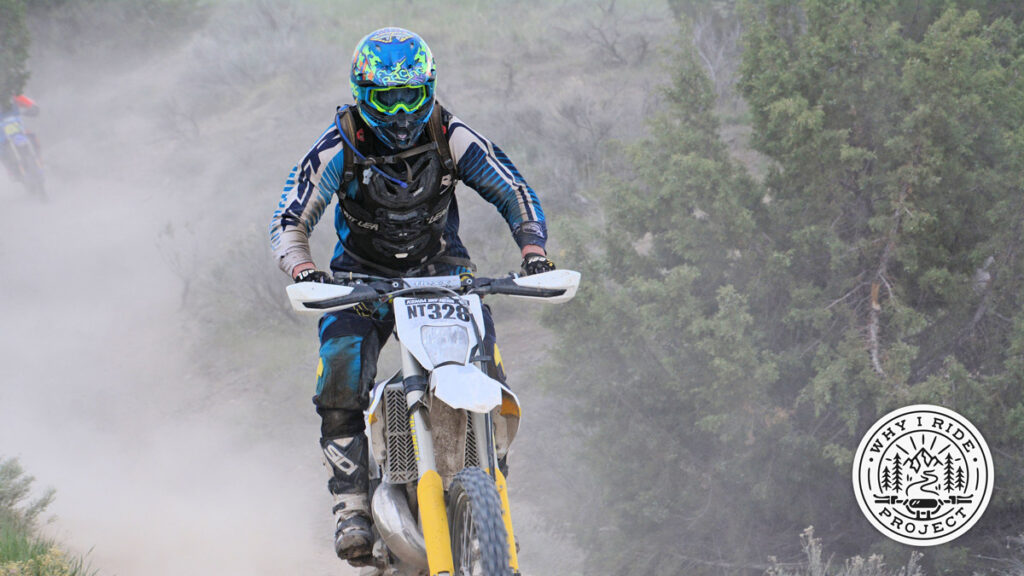 Dirt Bikes at an Early Age

For as long as I can remember, I have been in love with riding bikes. When I was a kid, all I wanted to do was get outside and ride, pedal, motor, either way, I loved it. My first motorized bike was a 1976 Honda XR75. I saw it gathering dust in the barn of a house that I was working at one summer. I asked the owners if they were interested in selling it, they said yes, and I convinced my parents to let me get it.

Eventually, I saved up enough money and bought it. I wish I still had that bike, but once I outgrew it, I stripped it down to the frame, repainted it, rebuilt the motor (with some help), and sold it for a little more than I bought it. I continued this trend, slowly but surely getting better and better bikes, fixing them up and making a little more than what I paid for them.

Until 1995, when with my parent’s help, I was able to buy a 1994 Yamaha YZ80. We had to drive three hours to the place that we bought it from, and I still remember sitting in the back of the van, holding onto the handlebars all the way home, not wanting to let go, scared that it would vanish if I did, and not believing that it was real. What a beautiful bike! The only problem was that I outgrew it in no time at all. Pretty soon, I looked like a circus bear riding a tricycle at the county fair. That was the last bike I owned for quite some time. High school hit, team sports took over, and I didn’t ride again until after moving to Jackson Hole, Wyoming, in 2006.

In 2009, I worked at a custom cabinet shop, and my co-worker asked if I liked to ride dirt bikes. I said I used to, and he said that I should buy a bike. I said, “you’re right, I should.” So later that week, I headed to my local motorsports dealer and picked up a 2005 KTM XC300. I remember driving home, constantly looking into the rearview mirror and not quite believing that it was mine. It felt like 1995 again, when I was in the back of that van, holding onto a dream yet to be realized.

And that’s when I really started to put some time in on the bike. Living where we do, we really only get about four months of riding time unless we travel, and due to some other commitments, the amount of seat time I was logging was not all that impressive. This is not to say that when I did get out, I did not feel the same sense of rightness that I do now, but that I was not yet invested in spending as much time on the bike as I am now.

I started doing some races, and every race that I did, when I went back out on the familiar trails at home, I felt like my ability had leveled up just a little bit more. The journey is more important than the destination, and that is one thing that riding has helped teach me. Sometimes kicking and screaming, but you are where you are, and improvement only comes through diligent practice and consistency. Above all else helps drive my desire to get behind the handlebars and explore the unknown, the journey of improvement. Where are we going to go today? To a place of rolling Sun Valley single track where the smiles go for miles? Or down the dark path, into the hole where all your fears lie in wait and want to flay your soul and expose the imposter that you truly are? I. Can’t. Wait.

I Live For It

Riding for me is more than just getting outside and exploring. I am drawn to it and always have been. The sound of a bike starting up brings joy to my heart. Thinking about being outside and riding makes me want to start giggling like a schoolgirl. Honestly, I can’t give a precise reason why I love to ride as much as I do. It’s too many things, and all of them are as important as the next. The skill, the endurance, the challenge, the terrain, and of course, the camaraderie. The feeling of hitting flowing singletrack after a rain, through the aspen trees that are just starting to change colors, the smell of the woods, and the perfect dirt that is like riding on rails. I live for it. The states of flow that I have experienced riding are like nothing else.

At 39 years old, I can still go out into the garage, look at my bike, and smile just like it was my very first one. All the memories that I have made come flooding back, all the friendships gained and miles ridden. I ride because out there, there is a trail that I have not yet experienced, in a place I have not yet been, and when I do, it will be magical. I will be doing it with a grin and thinking about nothing else other than this is exactly where I want to be, at exactly this moment.