Cameron Ishmael just won the first round of the 2013-2014 TORO season and is looking for another TORO Championship. He had some great competition though from Caleb Ramsey and Drew Higgins, so it won’t be easy.

Jay Sallstrom is the Current AMA Pro Hillclimb Ultimate Class Champion and was second in the Extreme Class. Dr. Bob is retiring from the sport and that leaves Sallstrom still looking for a 2014 ride. Listening to him talk, he knows his stuff and would be an asset to anyone’s team.

Remember to listen in next Tuesday at 8pm CST for another great episode of Seat Time and always enjoy a Pint Full of Awesome! 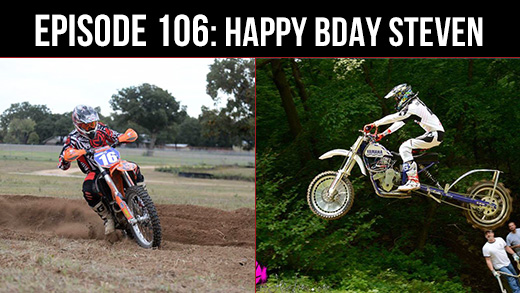