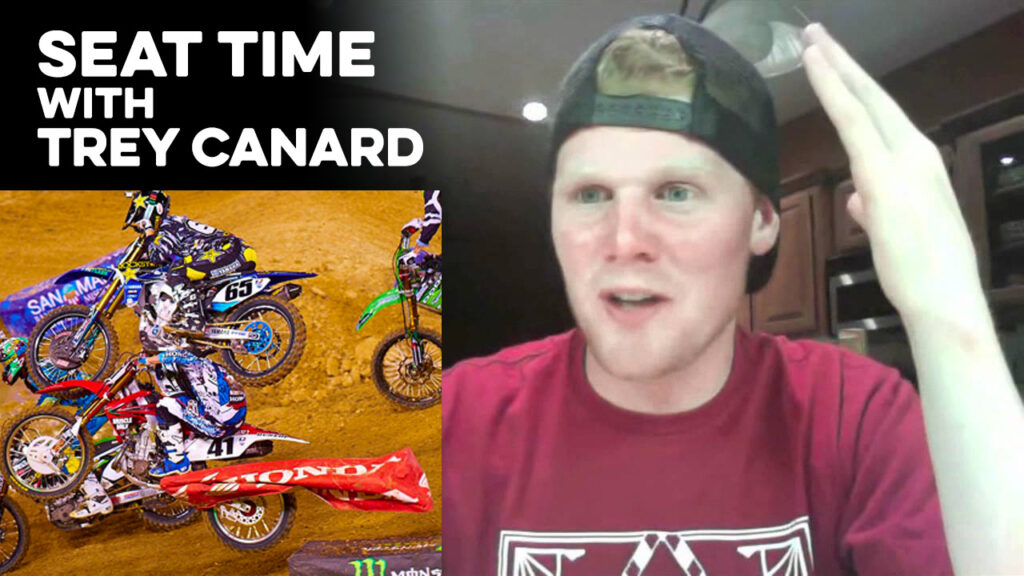 Trey Canard is an awesome red headed dirt bike racer from Shawnee, OK. He has a brilliant personality and a smile that is contagious. He loves to laugh, play hard and race his dirt bike. Recently though, the dirt bike racing has gotten him into some bad spots. Most recent was his crash with Ryan Morais at Dodger Stadium earlier this year during Round 3 of the Monster Energy Supercross Series. There have been numerous interviews and pictures of Trey during and immediately after the crash, but not as much as of late. So we networked our networks and sat down with Trey over Skype to really see how he’s doing and what he has been up to.

The most surprising thing that we learned was that Trey had just gotten out of the pool. The reality of that it, is that the pool is way more appealing than we are, and we take no offense. We also learned over the course of our almost 17 minute long chat is that Trey is healthy. Sure, he may still have some vertebrae that need to fuse, but he is healthy mentally. This is something a lot of people take for granted, and a stage in recovery that will help him tremendously when it comes time for some rough and tumble physical rehabilitation.

We talked about way more in the interview, but we’re going to make you watch for that! Big thanks to Tiffany Vardell for setting this up. Thanks to Trey Canard for his time, and most importantly thanks to Kari Canard for letting her son come out and play!