Though there is not much racing going on, there are a lot of Teams being announced and rumors getting started.We just learned today that Josh Strang has left KTM/RPM/Maxxis and will contest the GNCC Series in full next year with current sponsors, but no brand bike has been reported. It’s this kind of stuff that gets me going and I love discussing.

Daniel Engle from Offroad Viking meet for the first time last year at Loretta Lynn’s. It was the Double Header weekend and Charlie Mullins won his XC1 title. Since then we have stayed in touch and get the internet full of videos, news and good times. It was easy to decide he needed to be on the show so we could talk about some 2013 news and what we should be looking forward to. Thank you to Engle for taking the time to be on the show, sharing his knowledge and for being an awesome Southern Gentleman.

Turn in next week as we go through the last bit of funny stuff before we wrap up for the year. Thanx again to FLY Racing and remember to Always Enjoy A Pint Full of Awesome. 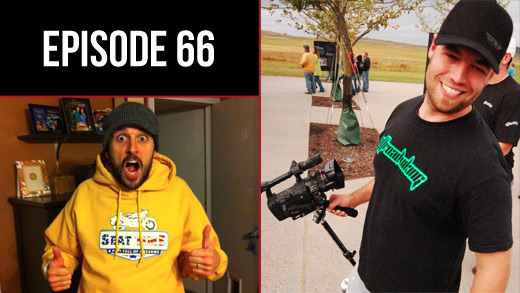