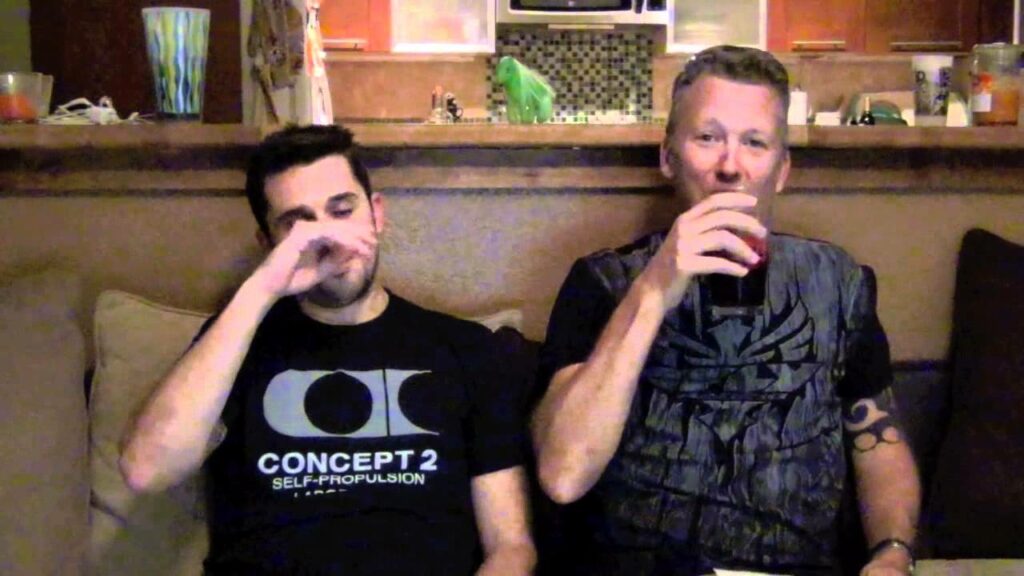 We’re pretty excited about Russell Bobbitt winning the Muddobbers National Enduro this past weekend. With this win, he edged out Charlie Mullins for the National Enduro Championship and claimed his 4th National Enduro title. Even though his teammates switched to 2 strokes halfway through the National competition, Bobbitt has been a consistent 2 stroke rider for the majority of his career. That consistency won him every test section at the final round. Michael Lafferty technically won the second test section, but it was thrown out due to course marking issues. Mullins was still up there fighting though, finishing second on the day. Lafferty, even with the test he won being thrown out, still rode his Husaberg TE250 to a third place podium finish.

Congratulations again to Russell Bobbitt, Charlie Mullins and Nick Fahringer on their stellar performances this year in the AMA/Rekluse National Enduro Championship. Many riders have stepped up their game and there are many new faces in the crowd. Hopefully next year can be just as exciting and can bring more attention to the National Enduro Series.

Round 5 of the Geico Endurocross Series was this past weekend in Denver, CO. After Taddy Blazusiak winning the past rounds, the question everyone wanted to know is if Taddy could continue his winning streak. The answer was yes to that question, but not without a fight. This is the first round where Taddy had some real competition from the other riders. Mike Brown and Geoff Aaron, who are always in contention for a podium, came out riding hard. Taddy had to fight his way past them to get to first. And with a few mistakes by all, the lead changed quite a few times adding extra excitement to the sport of EX. Taddy did come out on top though, taking the checkered flag. Aaron got his first second place of the season with Brown rounding out the podium. Cody Webb fought with Aaron for a bit, but a crash left him to salvage fourth.

So Taddy has yet to be beaten and we have two rounds left of the Endurocross Series. Of course he can be beaten, but will anyone do it soon. Endurocross is a tough sport and leads can change quickly. As long as Taddy continues to keep his mistakes minimal and his momentum high, he could take his first EX perfect season.

The Don Burgess Memorial, Round 8 of the LACC, took place in Loranger, LA. With fantastic weather and low dust conditions, the turn out was great. Joel White got the HS but lost the lead quick to a small mistake. Bryan Vaughan put on a heck of a charge for the lead and kept it once he secured it. Joel White was able to hang on for second while Jason Harvey finished third. Andy Beebe (had to mention his name) got 4th. The LACC season is coming to a close soon, so make sure you head to Louisiana to get yourself some southern XC racing on.

The National Hare and Hound‘s start back up this coming weekend in Johnson Valley, CA. We’re looking to see Kurt Caselli dominate and come out on top. But in the desert, anything can happen. Round 12 of the GNCC is taking place at Powerline Park in St. Clairsville, OH. Charlie Mullins has extended his points lead over Josh Strang, but that doesn’t mean he can sit back. Strang will certainly be looking for a win, while Paul Whibley, Nate Kanney and Kaileb Russell will all be looking to make a statement.

Texas has a few events going on this weekend. The Pro MX Challenge at Swan MX, Round 11 of TCCRA will be taking place at Brazos Valley and Round 10 of TORCS will be at the Goertz Ranch (SE of Austin). Pick your poison and go get your race on. Support the Texas Series’ and have fun with the family.

See you guys next week and remember to always enjoy a Pint Full of Awesome.