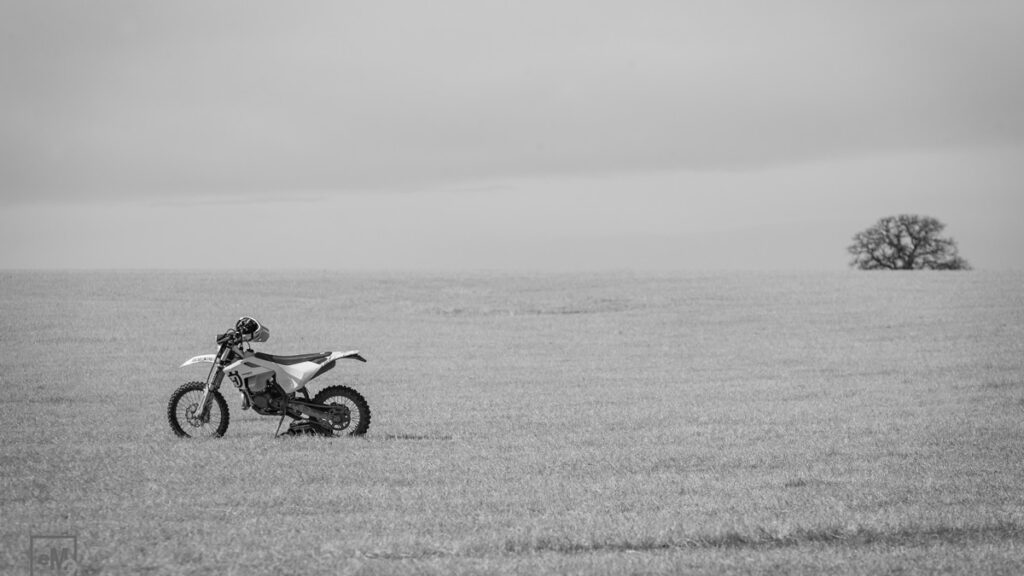 I bought my first bike in the late summer of 2006. It was a 2007 BMW F650GS. I had never ridden before, but I literally had dreams about it since I was a child. Gary Donihoo and I were driving to Big Bend National Park to do some hiking, camping, and exploring when he told me that BMW made a motorcycle that you could ride around the world. That intrigued me, and not too long after that trip, I bought my first bike.

A couple of years later, I bought an old beat-up dualsport simply because I wanted to improve my offroad skills on my GS (R1200GS by this time). At the time, I thought it was a dirt bike… ha! Little did I know. My first dirt bike was a 2014 KTM 200XCW, purchased from SMS Racing. That bike changed everything. While I had been messing around on a bike in the dirt for a couple of years, this was the bike that made me realize I hadn’t been riding anything close to a dirt bike until then. So, while I can credit many different people and factors that got me started, Gary Donihoo introduced me to riding.

One of my favorite memories is my first adventure ride from McKinney, Texas, to Colorado. About a year after I got my first motorcycle (a BMW 650GS), I left on a Saturday morning and did not need to be at my friend’s house in Estes Park until Thursday. I had no idea where I would end up at the end of each day. It was glorious! Like most people who ride, it was my first experience of true freedom, only having to answer whether I wanted to take this road or that road.

My Favorite place to ride on earth would have to be Colorado. It’s the total package: great riding, incredible scenery, and good weather (in the summer, of course). It’s an adventure, and it’s something that I don’t get to experience often. I told a friend of mine that if I lived in Colorado, and rode in Colorado every week, then Red River Motorcycle Trails would probably be my favorite place to ride. Still, I get to ride there every week (sometimes more), which is the only reason I would put CO above RRMT.

Above everything else, what’s the main reason I love to ride? Well, I did a video a little while after I broke my leg a few years ago. I got many questions as to why I continued to ride dirt bikes after such a severe leg injury. I put this video together as an explanation.

As you can see from the video, I ride for the passion and the addiction of motorcycles.