This is a section that we did not ride on Saturday, Day One, so the trail was new to us. Though it had the same feel as some of the earlier tests, they each have their own bits that really stand out. Test Four had some tight tree sections that really get your attention. The mesquite trees in West Texas don’t move and they fight back, so it’s best to get close, but not too close.

Uncut edit of Cole Kirkpatrick on Day Two, Test Four, of the Two Day Red Canyon Enduro. This terrain has always suited Cole well, since he grew up riding in West Texas. Cole would go on to win both days of the event. We thank him for wearing the GoPro and ask you check out our other videos. More from the week and Cole up soon! 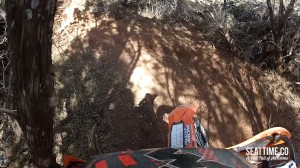